Last Bank Holiday Monday I embraced the great weather and took a trip to the National Media Museum in Bradford.

The museum was fantastic and offered alot more detail and insight than I expected. I also imagined that it would be aimed more at children but it catered for everyone, more to older children/adults though due to the amount of reading. 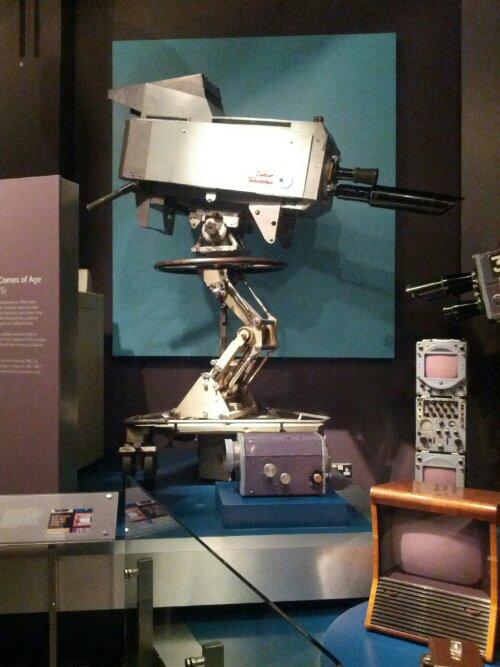 My favourite floor was the Television exhibition, which shows how TV programmes go from script to the screen and what happens post production. A particular highlight was watching all of the old televison adverts and how the audiences at the time responded to them. One advert for Ford was even made several years after the actor’s death, using restored footage!

As a keen writer it is one of my greatest pleasures to discover spelling mistakes in written work such as newspapers,  books and displays.  So imagine how excited I was when I saw the sign above,  where someone had circled all of the spelling mistakes. It made my day, haha!  Why would you display it without proofreading?

All in all, it was a fantastic day out and I can’t believe that the museum is free to access. I’d happily return as there is so much stuff to take in, too much to remember after one visit. I’d highly recommend it, particularly if you’re interested in media and technology and how it has evolved.

Thanks to Ryan Fitton for letting me use his images in this post.

I'm Bethany Jackson, I love to read, write and post things on the web. This is my personal Blog where I share my ideas.